What is a Gantt Chart?

A Gantt chart, similar to a bar chart, lists tasks down the left side and elapsed time is marked off across the top. This graphical depiction of the schedule will track the planning and coordination of work that must be completed to produce the defined product. Major task groupings are entered as general areas of work (summary tasks), and then broken down into bodies of work that can be completed independently.

Project detail can be added to the smallest increment of definable tasks. As work is completed, the project manager receives updates from each person or resource working, and the plan is updated frequently and then progress is measured against the plan. The Gantt chart reflects the entire schedule of work which might include duration, recourses milestones, etc. A Gantt chart can also provide performance and efficiency information that directly impacts reward systems of monetary compensation and promotion.

Use MindView to Create Your Gantt Chart 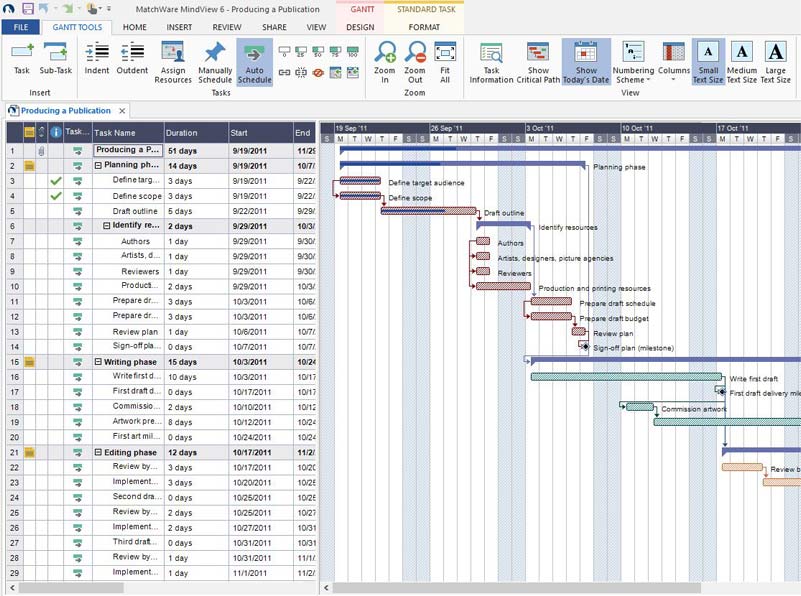 Henry L. Gantt, an American engineer, social scientist, and industrial business consultant, was born in Calvert County, Maryland, started his career as a teacher, and then became a draftsman. As the industrial age came about, Henry pursued mechanical engineering, and was building ships during World War I when he devised a visual tool for completing the building process.

The Gantt chart became the project management shot heard around the world, and nearly 100 years later is still the primary visual representation of progress within projects in every sector of the economy. During the final years his life, Henry Gantt developed the concept of "task and bonus," which used the task completion information from the Gantt chart to reward the hard work of the individual and pay them for productivity.

Gantt Charts we Want to See:

Until the mid-1990s, the project Gantt chart was managed with paper and pencil by a dedicated project update specialist whose only responsibility was to gather information, update the plan, and report to the project manager. Project management software provides the ability to link tasks in a series of dependencies that define the critical path through the project.

The quality of the Gantt chart is only as solid as the information entered in to the software. Some people wonder if the time required to keep the plan up to date is really worth the effort, but when the plan falls more than three days out of date, the project manager gets dangerously close to missing deadlines that could delay the project.

Every update to the project enhances the project manager's awareness of every person's status, and the need to shift resources jumps to the attention of the one person who can keep the project moving forward. When each person provides an update, the project plan is updated, reports are run, and anomalies are reported quickly. Reports are available to show the critical path, dependencies, events on the timescale, and summaries for those who need less detailed information.

The Gantt chart is versatile and timeless for use in every kind of project from building a house to constructing the tallest building and overhauling a computer system. The time required to build detail into the original plan and keep the plan updated throughout the project will provide all the information necessary keep the project on track. 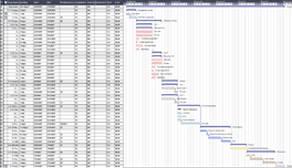 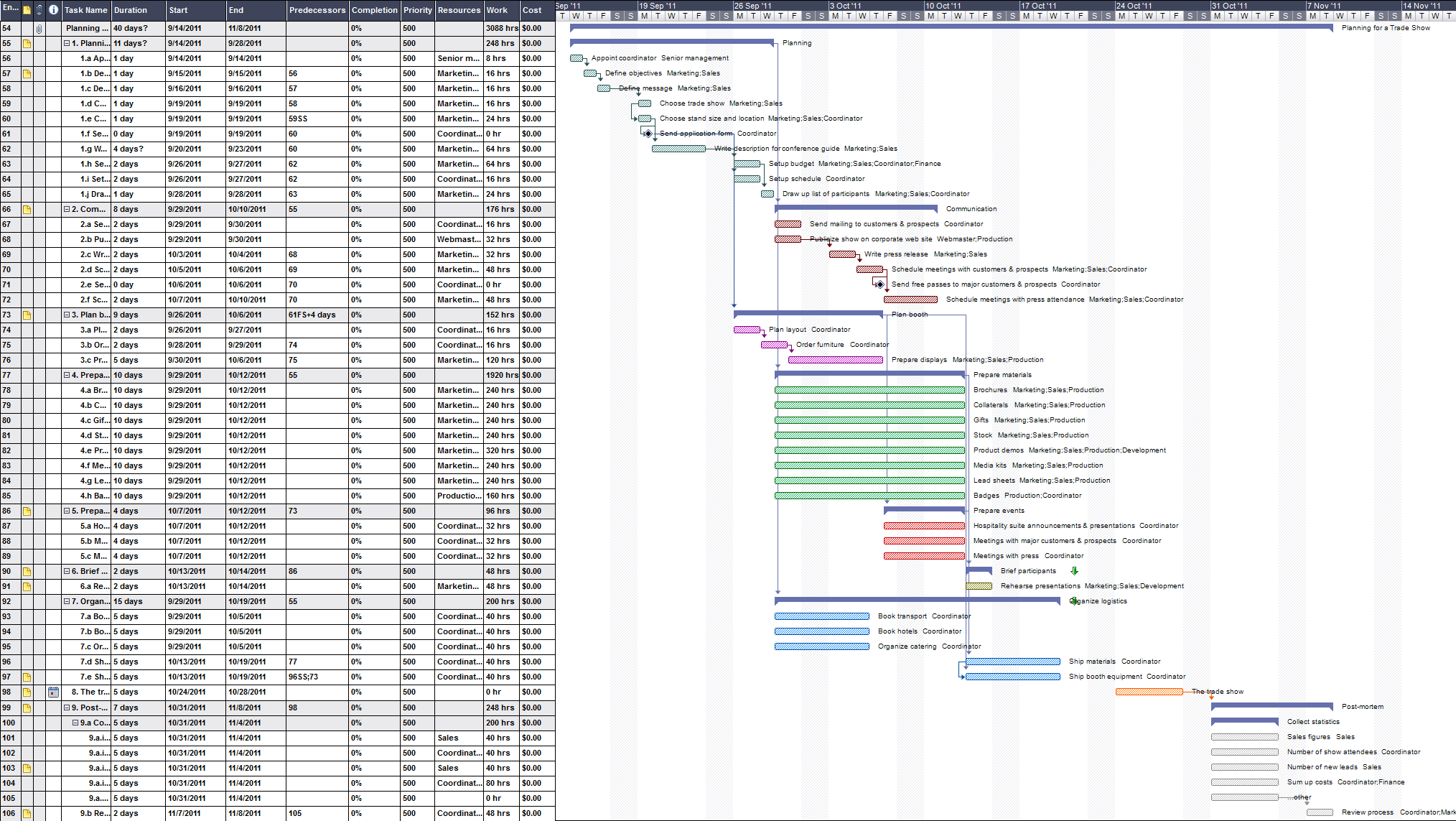 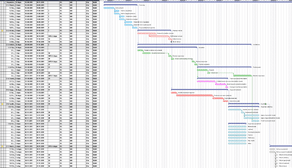